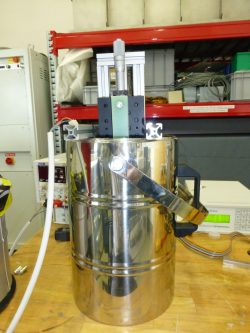 The experimental design was left to the laboratories; Metrolab simply supplied modified MagVector™ MV2 Evaluation Kits. A 3m cable allowed the sensor to be cooled while maintaining the micro-controller at room temperature. To accommodate the increased cable length, the SPI data rate was reduced from 10 Mbps to 1 Mbps, which in no way limits the operation. At the suggestion of Alexander Warth of the GSI, we also modified the decoupling capacitors on the probe head, moving a 10 µF Ta capacitor to the room-temperature section, and replacing two 100 nF X7R capacitors with NPO equivalents that have much lower temperature coefficients.

Alexander Warth’s experimental approach was to attach a permanent magnet to the sensor head, wrap this package in insulation to minimize condensation and to limit the rate of cool-down, and continuously measure the MV2 analog output as the sensor head was lowered into liquid nitrogen. The permanent magnet was SmCo, which features a low temperature coefficient and field strength at the surface of ~0.4 T; a spacer reduced the measured field to around 0.2 T in order to remain within the MV2’s 0.3 T range.

The resulting cool-down and warm-up curves are shown below; the blue trace is the dominant field component, and the red trace is the MV2 temperature reading, both scaled by the nominal gain and offset. One can observe several phenomena: (1) a large discontinuity in the cool-down curve when the microprocessor locked up, and smaller discontinuities in the warm-up curve. We suspect that these effects are due to piezo-electric voltage spikes generated by the decoupling capacitors. One can also see (2) a stairstep effect, due to the limited resolution of the ADCs in the microprocessor. We see (3) that the temperature output, although inaccurate, is not yet saturated. But most importantly, we see (4) that the sensor continues to function at liquid-nitrogen temperatures! 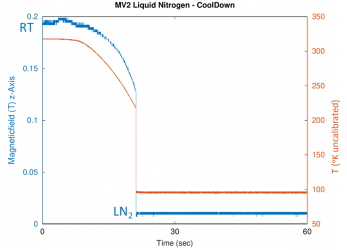 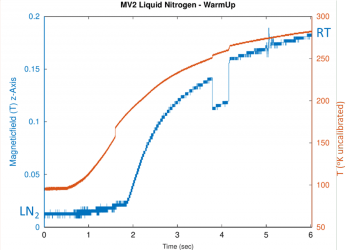 Andreas Grau’s experimental approach revolved around a robot arm moving a SmCo permanent magnet across the sensor. The sensor head was mounted on a copper plate with heaters, in order to control the rate of cooling, and the temperature was monitored with a Lakeshore temperature monitor. Three scans were performed: a baseline scan at room temperature, then a scan in liquid nitrogen, and finally at room temperature again, to see whether the characteristics had changed. During each scan, the three magnetic-field components and the on-chip temperature were measured, this time using the MV2’s 16-bit on-board ADCs and digital interface. Some photographs of the KIT experimental setup are shown below. 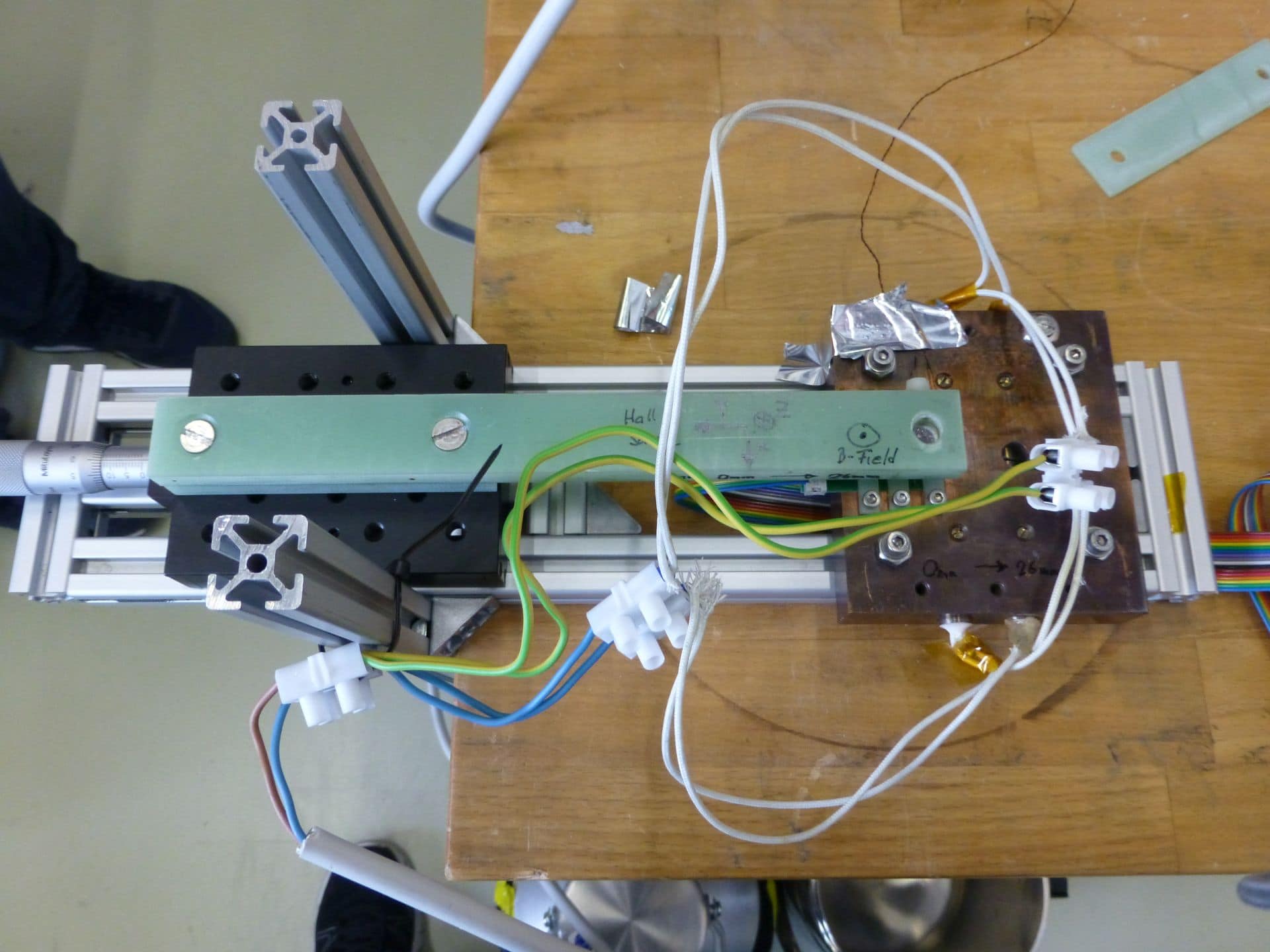 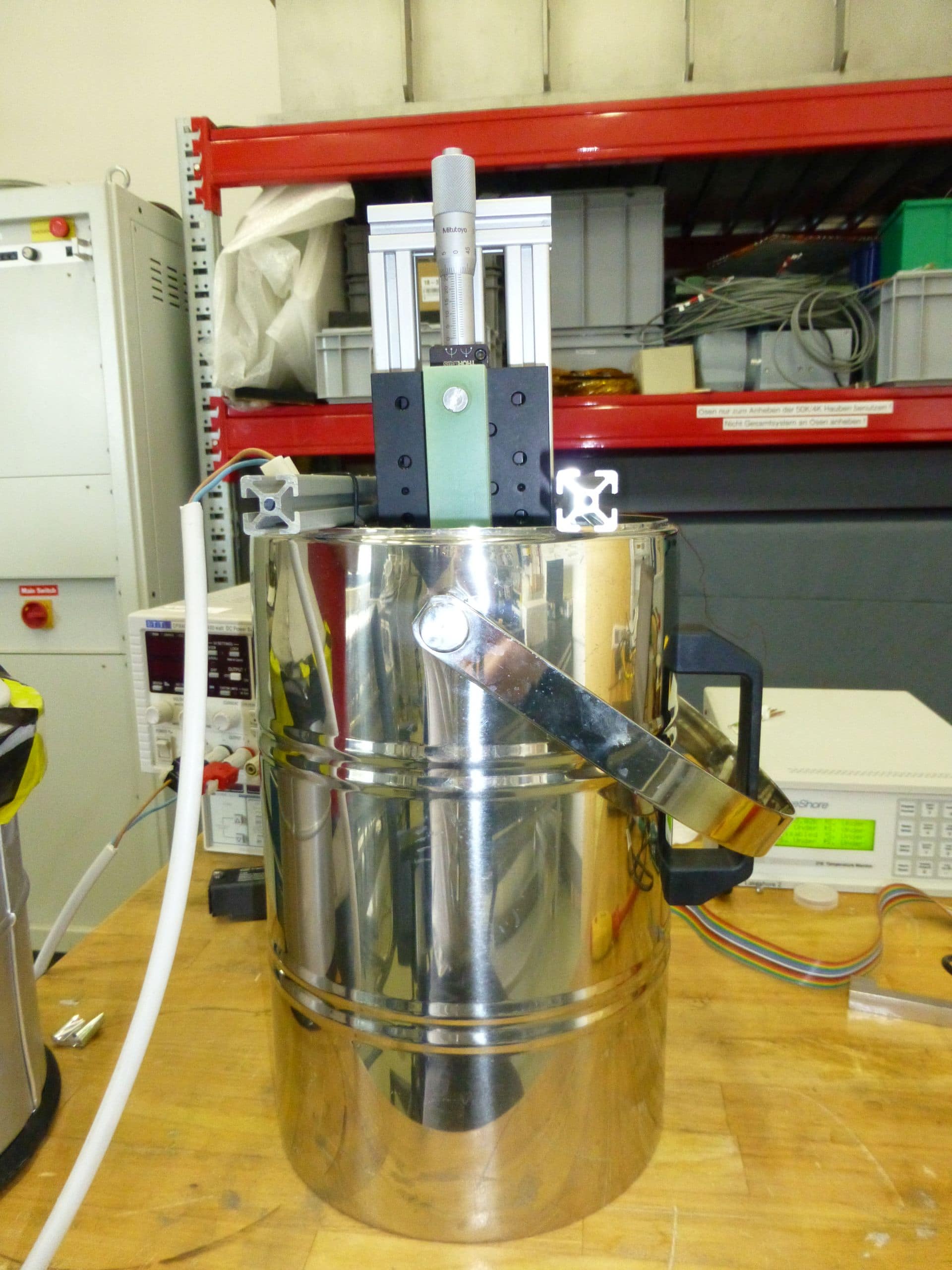 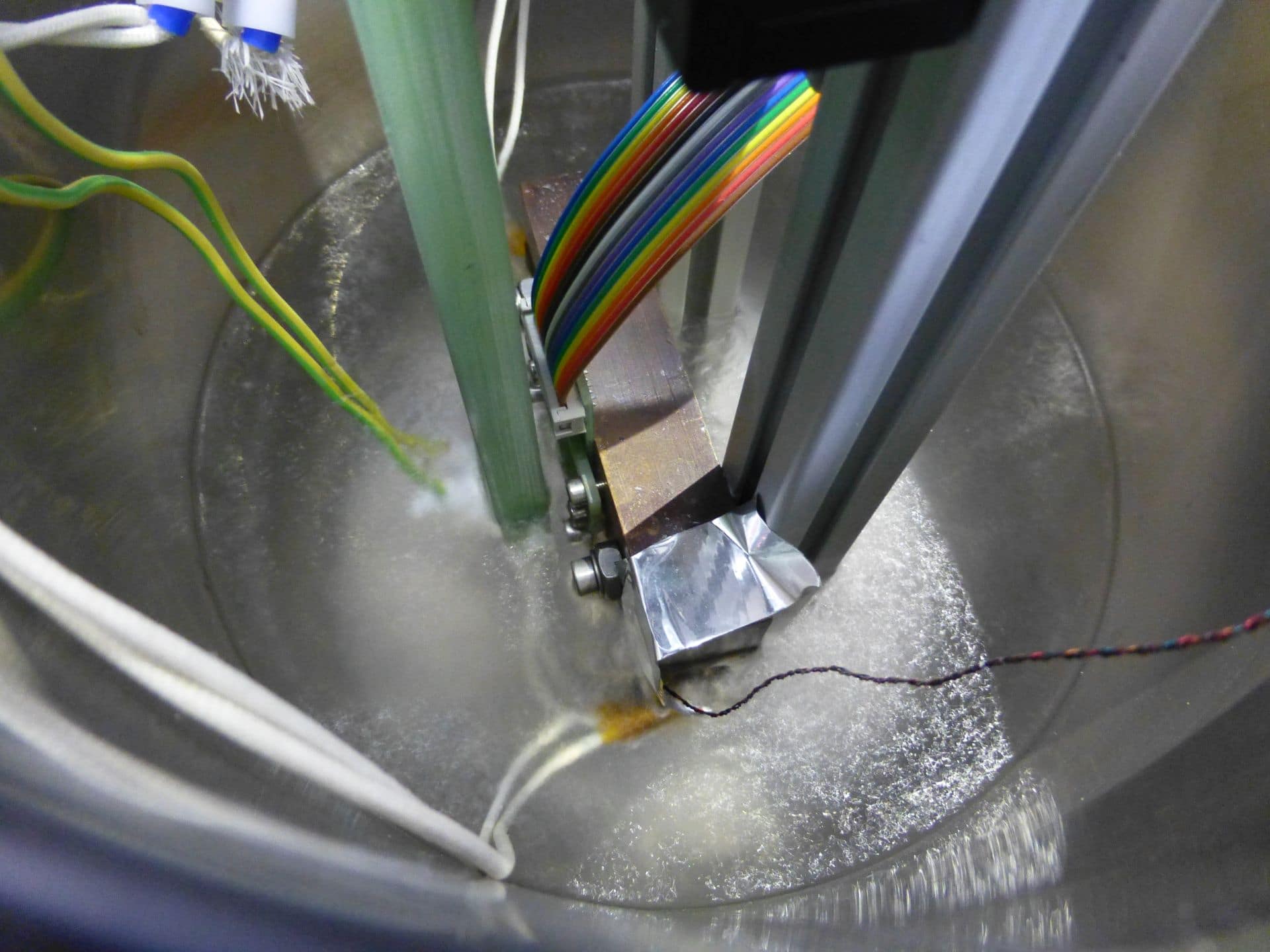 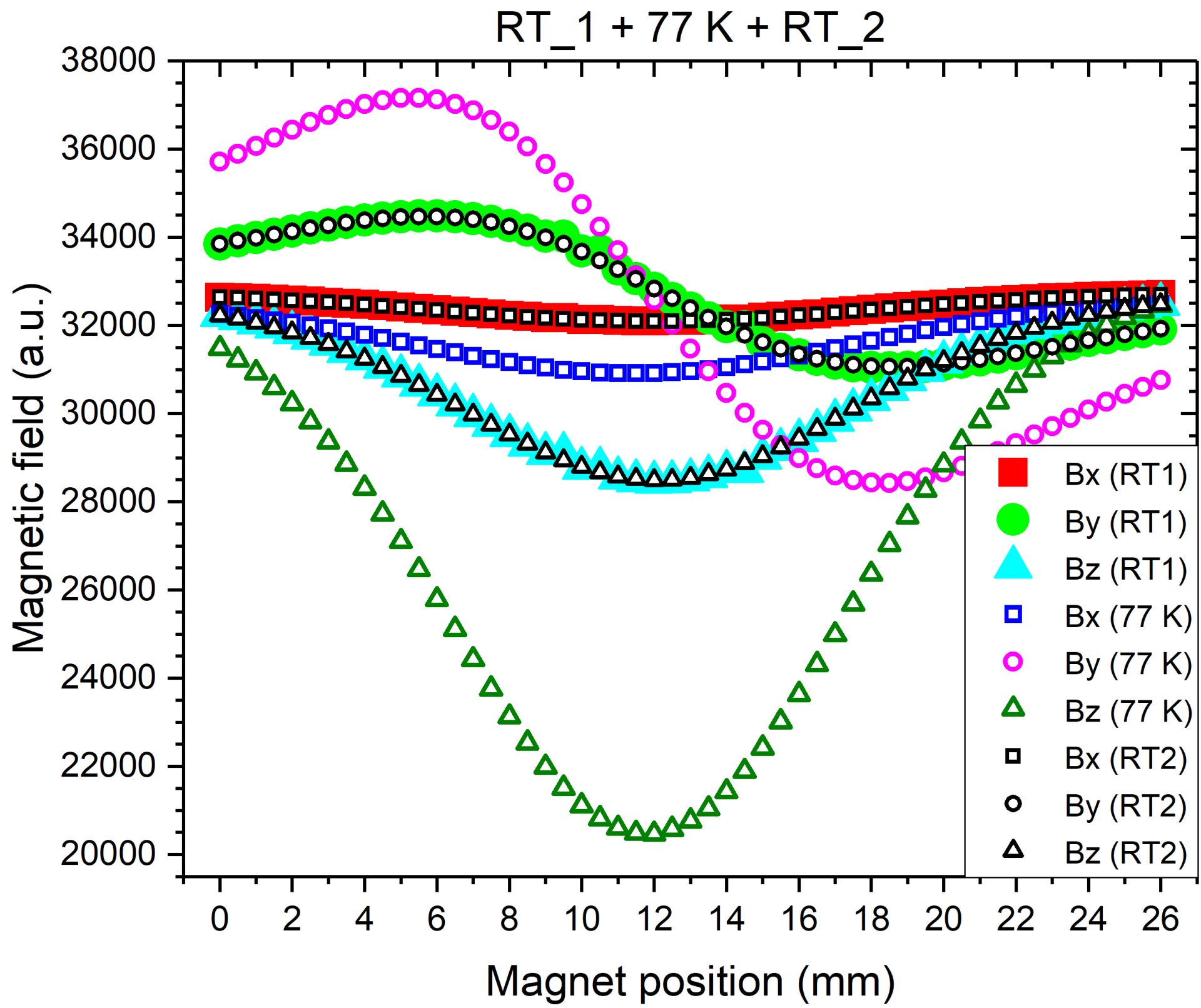